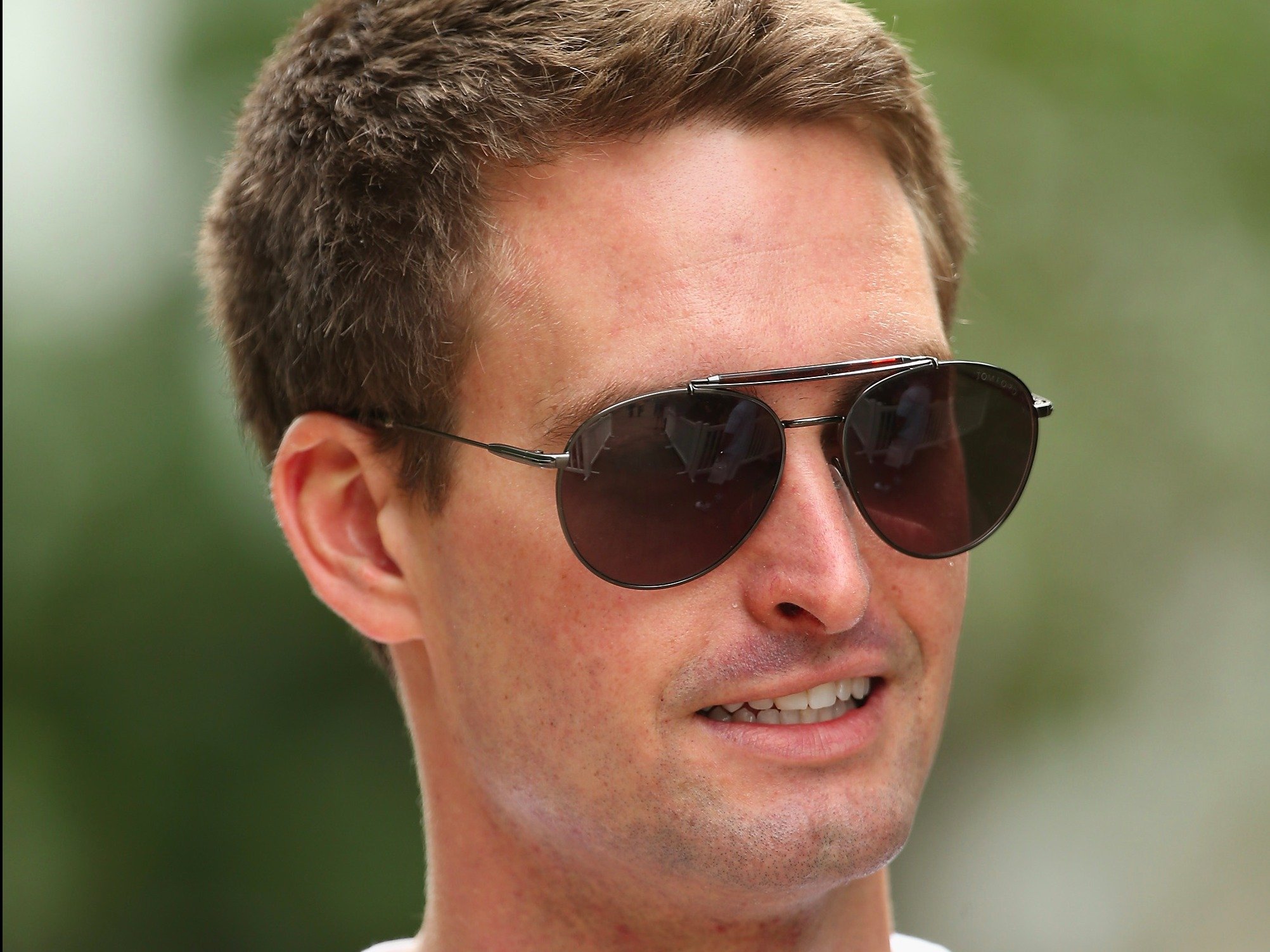 Evan Spiegel, the CEO and cofounder of Snapchat. Getty

Snapchat is gearing up for a huge year in 2016 — and it might come at the expense of Twitter.

That’s according to MEC global head of social for North America Noah Mallin, who was speaking last week on Nomura’s fourth-quarter conference call on trends in internet advertising (for which Nomura provided us the transcript).

MEC is a big buyer of ads on social media and works for clients such as Marriott, GoDaddy, and Renault.

Mallin said Snapchat was “the one to watch in 2016,” thanks to the way it changed its offering to advertisers several times throughout this past year.

“They seemed to finally solidify what they’re offering to advertisers and tying together the video product, which is very exciting,” he added.

While this is the opinion of only one ad buyer, for Mallin to predict Snapchat as “the one to watch” shows how far the photo-sharing app has come in a matter of months.

In an email sent to subscribers on Thursday, Jessica Lessin, the founder and editor of The Information, predicted that Snapchat would go public this year before other huge tech companies such as Uber, Airbnb, and Dropbox, even though “the company’s ad based business model has yet to prove it can scale, let alone be profitable.”

Snapchat began selling ads only in October 2014. When Business Insider pooled opinion about Snapchat from the advertising community back in July, many ad execs described a frustrating experience. Demand was outweighing the supply they were receiving from the Snapchat sales team, and some advertising and agency execs were unconvinced of the app’s merit because of a lack of data and case studies.

But Snapchat is getting there. While it has yet to offer the granular level of data about the effectiveness of its ads comparable to the likes of Facebook, Google, and Twitter, the company has been making some under-the-radar improvements to its measurement offering. The company has also been staffing up, with agencies telling Business Insider earlier in December that Snapchat had become a lot more proactive in its approach.

Snapchat has opened up more targeting options, letting advertisers target ads at specific age groups and by device, location, and context. In addition, Snapchat has rolled out numerous new ad formats, including “sponsored lenses” that let users overlay graphics and animations over their selfies and its native-video ad product called 3V, which stands for “vertical, video, views.”

It’s really Snapchat’s video story that is getting marketers excited, according to Mallin.

“Clients are really interested … things that they’re looking for like the metrics that show success, understanding what the actual offering is, all of those things weren’t really in place for most of this year. But they are falling into place in this quarter and I think as you go into first quarter and second quarter 2016, it’s going to accelerate quite rapidly,” he said.

Could Snapchat eclipse Twitter on the video ad front?

Asked whether Snapchat’s improvements might see it taking ad dollars from its social-media rivals, Mallin thinks it poses a “real threat” to Twitter.

He said: “Twitter hasn’t really built a compelling story around video, and Snapchat is tying themselves to events in a way that Twitter has as well. So that’s where the real danger to another company is. I don’t necessarily see them taking pieces of the pie away from Facebook or YouTube, but I do think it makes it a harder story for Twitter to tell about video.”

It’s worth bearing in mind that Snapchat is a far younger and smaller company than Twitter, so the “danger” is unlikely to be existential to Twitter at this stage. Snapchat is reportedly on track to make about $100 million in ad revenue this year, while Twitter generated $569 million in revenue in the most recent quarter alone (pdf). Snapchat has about 100 million active users, while Twitter has 320 million monthly active users. 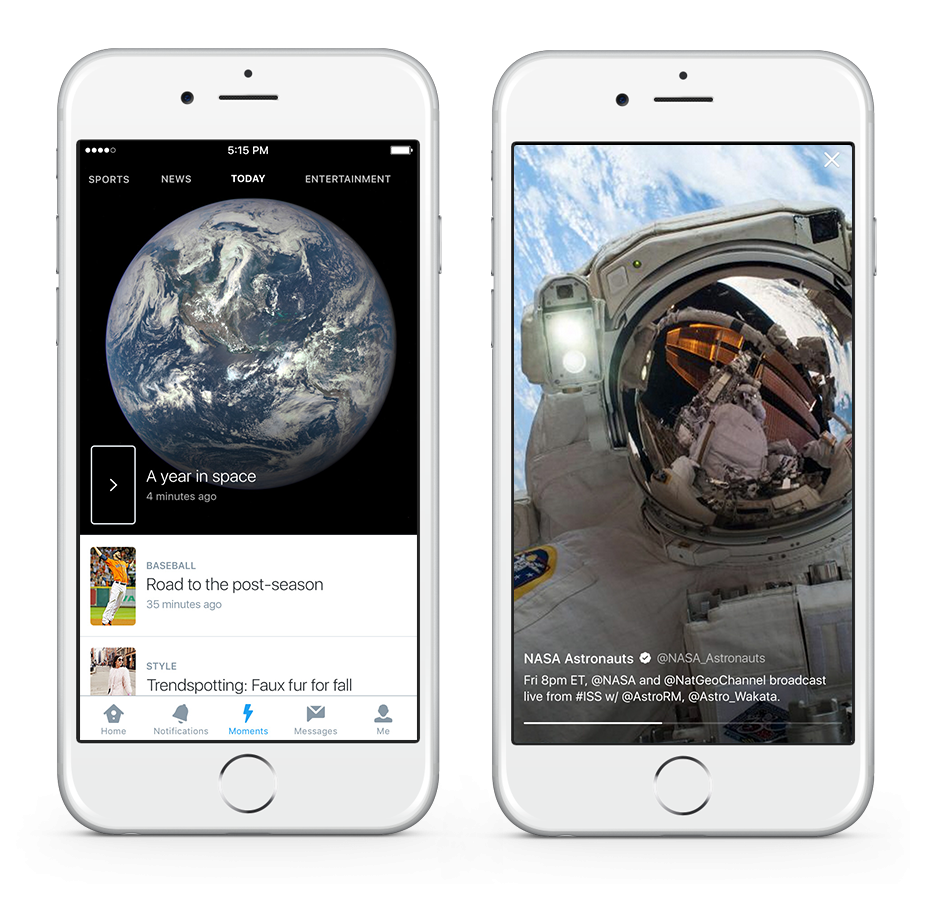 Twitter has been making its own moves in video, too. It has its standalone live-streaming app, Periscope, and its six-second-video app, Vine, and in October it launched its “Moments” tab. Moments brings together highlights of the day’s news and trending topics, curating the best tweets, which often showcase video. Brands can purchase “Promoted Moment” ads.

But Mallin says Twitter is falling behind its larger rivals on the video front, which could play to fast mover Snapchat’s advantage in 2016.

“Twitter, there’s still growth happening there for sure,” he said. “But video as a product, although they’ve been working very hard to revamp, amplify, and to add options there, it’s still not where Facebook or YouTube are.”

Mallin said MEC Global’s clients’ spending on Facebook, for example, had increased 55% between Q4 2014 and Q4 2015, an acceleration that has been boosted largely by advertisers’ demand for video ads.

“One of the things that’s driving it is the rising video as a vehicle for clients. When they’re looking at digital video, really Facebook and YouTube are top of the pack. For a long time it was really YouTube and others, but Facebook has kind of broken away from that pack and have really become a real rival to YouTube, and that’s where we’re seeing a lot of the money going into,” he added.